This origin trial is now available.

Google Chrome is running an origin trial to give developers an opportunity to experiment with the Portals feature that we are working on, and gather feedback about how we can make it better.

This experiment will begin in Chrome 85 and end after Chrome 86. During this experiment, you can use an origin trial token to experiment with using portals to load same-origin content (i.e. content served from the same origin as the main page).

Your tokens will periodically expire and need to be renewed using this console.

How can I provide feedback?

Thanks for asking! When you renew your origin trial token, we’ll ask for your feedback. This is the best place to explain how you’re using portals, what’s working well, and what isn’t. If you find bugs in Chrome’s implementation (for example, Chrome crashes when you use portals), please file a Chromium bug. Make sure to mention Portals in your report so that the bug is triaged appropriately.

If you identify specific issues with the CG draft specification or the design of the feature (for example, if it’s difficult to achieve the effect you’re looking for using the available API), please file a spec issue.

I've noticed some differences between what Chrome does and what the explainer and/or spec say. What gives?

We apologize for the inconvenience: both are a work in progress.

In some places, the Chrome implementation contains features which haven't been incorporated into the spec. For example:

In other places, the explainer discusses changes we have not yet implemented in Chrome. For example:

Why was the page blocked from loading in a portal?

For the duration of this experiment, pages are only permitted to load URLs that match their origin. This means that the scheme (http or https), full hostname (including subdomains) and port (if specified) must match. This restriction applies to any URLs encountered by following redirects, and any navigations that occur after loading within the portal.

If your content attempts to load a cross-origin URL in a portal, it will be blocked and the previously loaded page, if any, will be displayed instead.

When this happens, a warning will be logged to the developer console, including the origin of the URL that was blocked.

Your load may also be blocked for other reasons. If either document has a Content Security Policy that does not permit embedding, Chrome will respect it. For example, if the URL to be loaded in the portal has a frame-ancestors directive that does not include self (or your origin), the load will be blocked.

I was already using Portals, and I started seeing that warning message. What gives?

First, thanks for trying out Portals! If Portals were previously working for you, you are a developer who has previously turned on the Portals feature flag. (Note that this is not recommended in your main browser, just in your development environment where you're experimenting with Portals.)

I'm seeing a warning that a <portal> was moved to a document where it was not enabled. What does that mean?

The origin trial enables the portals feature only for documents that supply an origin trial token. If you attempt to make a portal element and then insert it into another document, it will not be able to function correctly in that document.

Portals is a powerful feature, and we need to be able to establish the origin of the content, and of the content it is loading in a portal, in order to ensure that it is used safely. Unfortunately this means that you will need to run an HTTP server in order to experiment with portals. 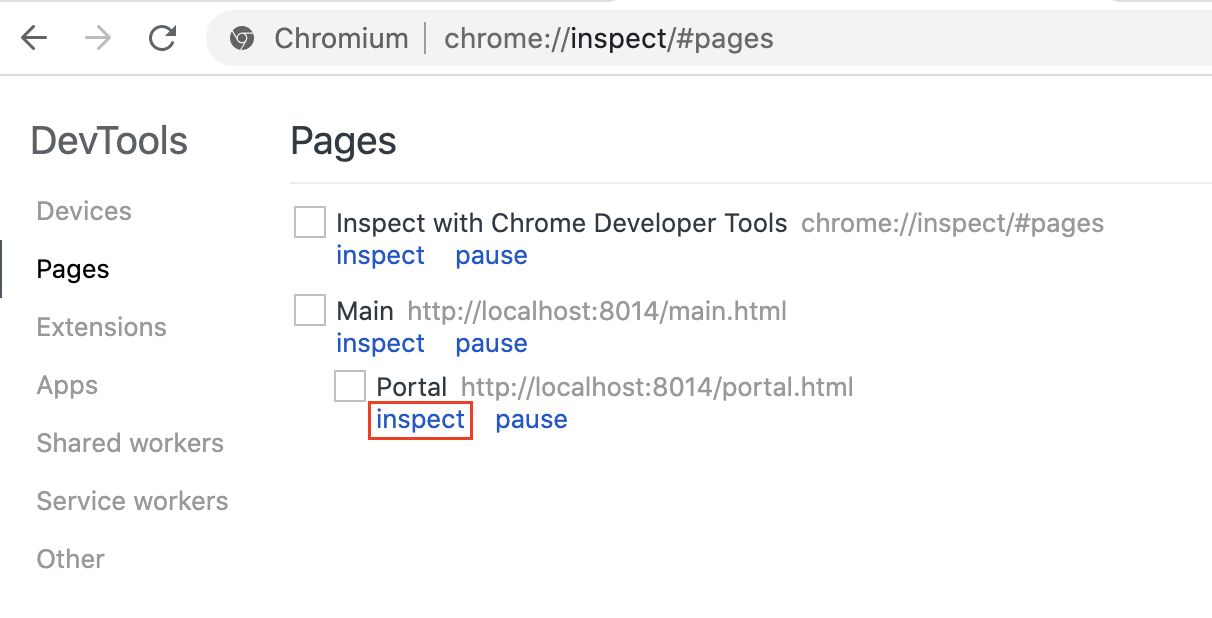