This document describes the Chromium OS file system and the autoupdate system.

The autoupdate system has the following goals:

A drive currently contains at least these partitions:

Only one of the two partitions designated for the root file system will be in use at a given time. The other will be used for autoupdating and for a fallback if the current partition fails to boot. While a partition is in use as the boot partition, it's read-only until the next boot. Not even the autoupdater will edit the currently-booted root file system. We will mount the stateful partition read-write and use that for all state that needs to be stored locally.

During autoupdate, we will write to the other system partition. Only the updater (and apps running as root) will have access to that partition.

The update process relies partly on the concept of a "successful boot." At any given point, we will be able to say one of the following things:

We consider a boot successful if the updater process can successfully launch. Once a system has booted successfully, we consider the other root partition to be available for overwriting with an autoupdate.

Limiting the number of boot attempts

Here's a diagram of the boot process: 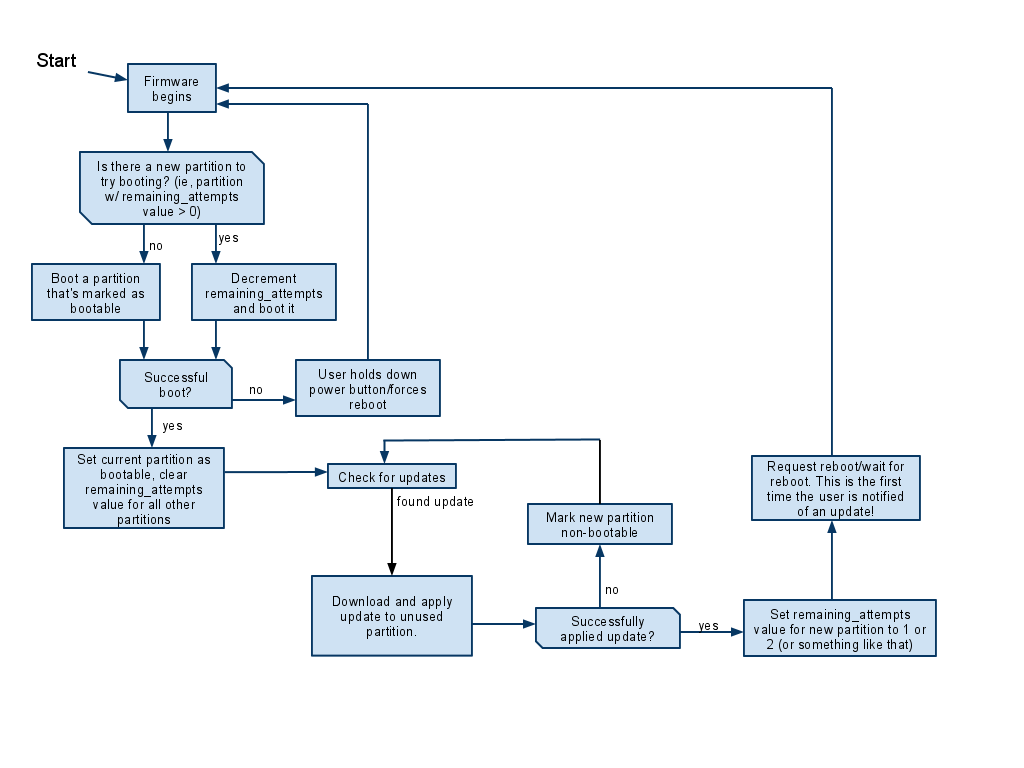 For a detailed design into how delta updates are generated and applied, see: Autoupdate Details. For supplementary information about related material, see the Filesystem/Autoupdate supplements document.