Versioning allows readers to check for older/newer structures. This feature lets us add fields to the structures without necessarily breaking old readers and provides an upgrade path for newer readers to handle old structures. Versioning structures will resolve the issue where kernel and firmware must be updated in unison. Structures have a major and minor version number.

Key structures keep track of their own key version and algorithm

While public keys generally have some internal structure, it’s not always apparent. We can use various sizes and algorithms for different keys, so we’ve defined a **VbPublicKey** structure that simply encapsulates the public key data along with its size and algorithm: 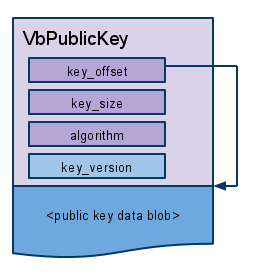 **VbSignature** structures are very similar, but instead of the algorithm and version they only remember the length of data they signed. A signature data blob is usually a hash that has been encrypted with a private key. The corresponding public key must be used to extract the original hash. In some cases we may also use a VbSignature structure for a nonencrypted hash. 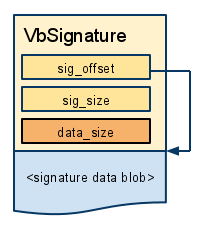 Given a pointer to the VbPublicKey or VbSignature header, you can find the corresponding data, which may not be immediately following the header itself. This lets us put the header structs as sub-structs in the major structures (preambles, etc.), followed by the data, without needing to pass in data pointers separately. Functions should take header pointers rather than raw data wherever possible.

Keys, signatures, and key blocks are used by firmware and kernel algorithms. Common code for generating and parsing is reused.

At the beginning of a firmware or kernel image is a key block that contains the subkey used to sign the rest of the data in the image. The subkey itself is signed by some higher key, which is presumably more secure or robust. 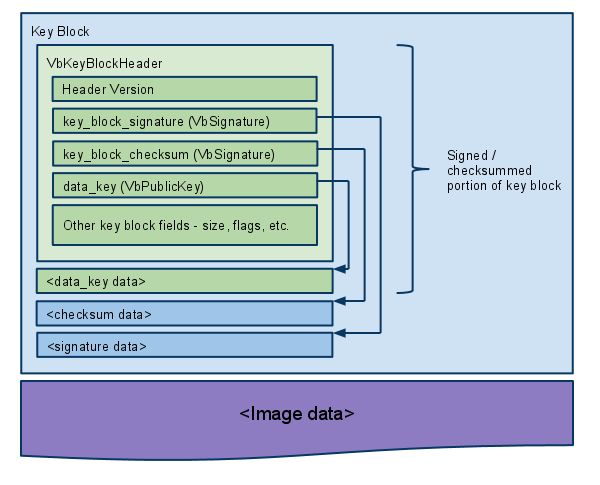 The key block itself is either signed (by Google) or simply checksummed (for self-signed developer images), so only one of the two VbSignatures is used to validate it. The reason we have two VbSignatures in the key block header is so that we can build one image that can be validated in either way, which makes testing and development much simpler. This key block structure is identical for firmware and kernel images, so the code to create and verify it can be shared. 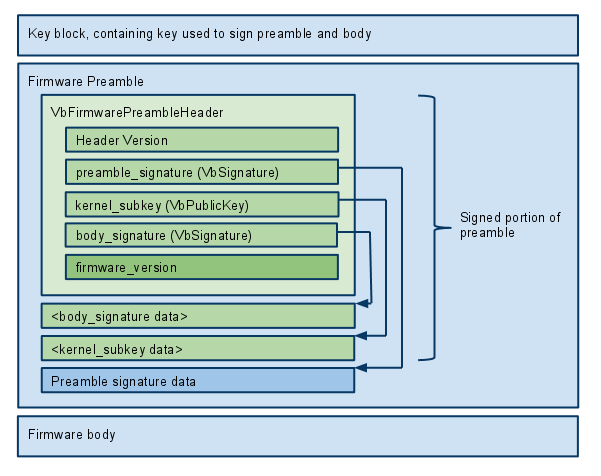 A kernel image consists of a key block, a kernel preamble, and the kernel body. The key block, preamble, and body do not directly point to each other, so they can be read into separate blocks of memory. 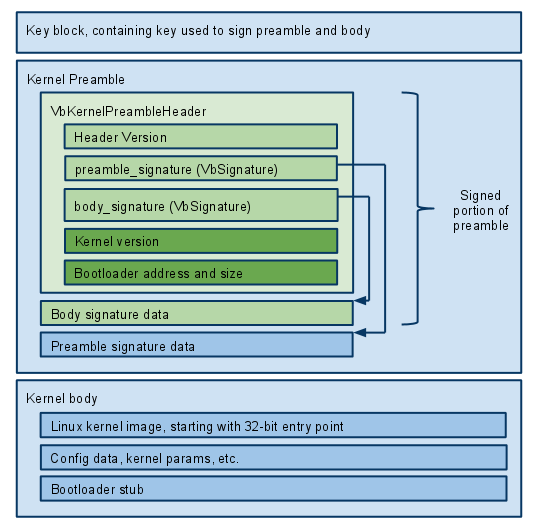 When the device is first powered on, it begins execution from a read-only section of flash memory. In addition to (hopefully) secure code, that read-only region contains the primary root keys needed to validate all the rest of the signed images. The structure that locates the root keys and various other read-only components is the GoogleBinaryBlockHeader, or “GBB”. 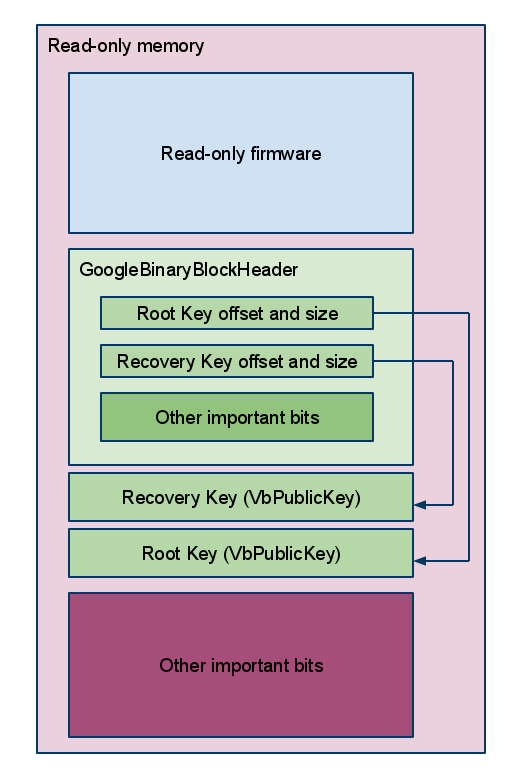 There are two primary keys in the GBB. The root key is used in the normal boot sequence to sign the read/write firmware, which contains subkeys to sign the kernel, and so forth. In recovery mode, only the read-only firmware is executed (because the read/write firmware may have been erased), so the kernel image on the removable drive is signed by the recovery key. There are a total of six separate keypairs involved in the complete boot process (see diagrams below): 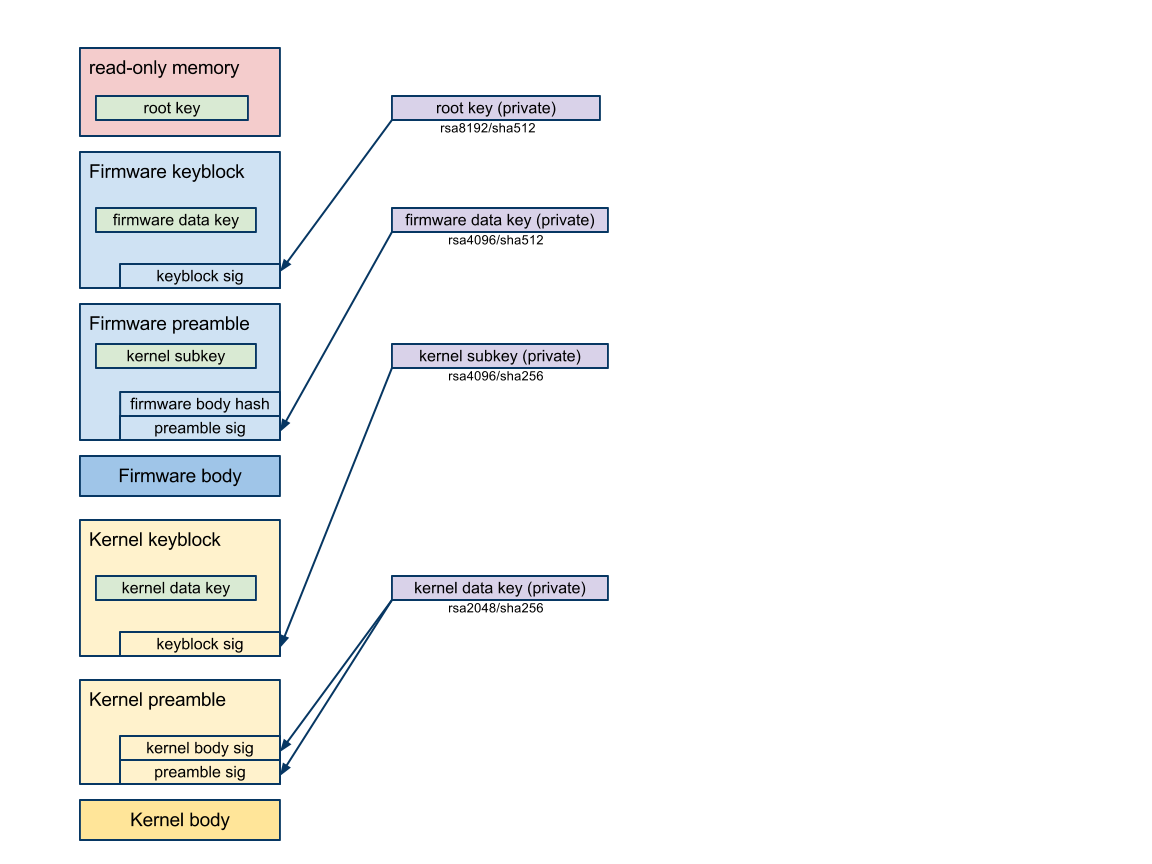 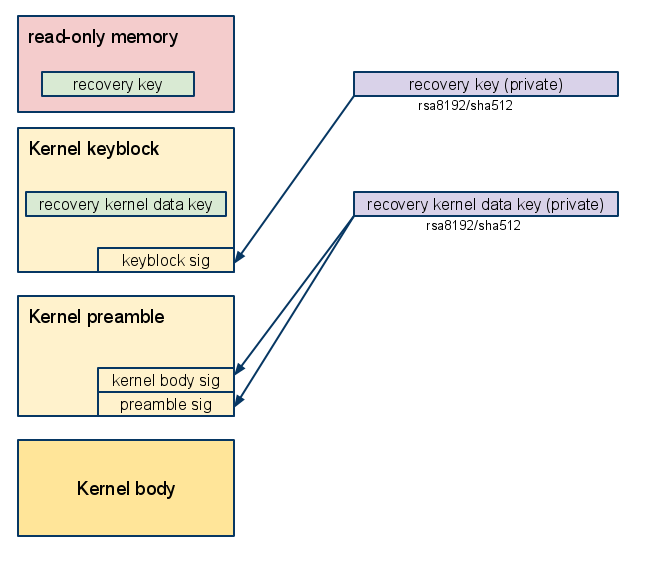