This is a concept UI under development. Designs are subject to change.

While its primary focus is netbooks, Chrome OS could eventually scale to a wide variety of devices. Each would have vastly different input methods, available screen space, and processing power. Below is an illustration of the forms we are considering along with notes for each: 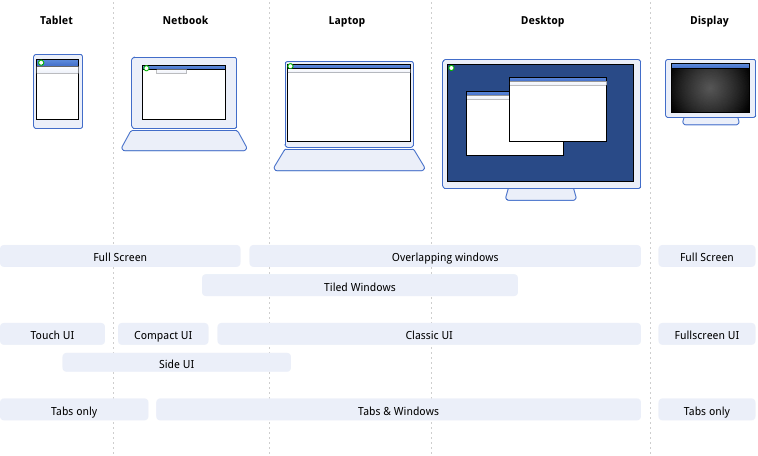 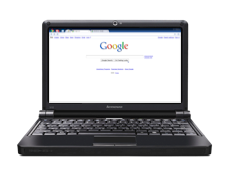 Because of their small screen resolution, the netbook ui is tailored to one web page on the screen at a time. Interaction is primarily via mouse and keyboard, and the UI is adapted to this, with primary targets distributed along the screen edges. Panels would dock against the bottom of the screen and could be moved to the sides as well.

On tablets, the UI would be adjusted to handle larger touch targets. Initial explorations have maintained the same basic chrome layout, but enlarged the controls. Icons could be placed above tabs to provide larger, square targets. Panels would be placed along the bottom edge and could be opened with upward dragging motions. 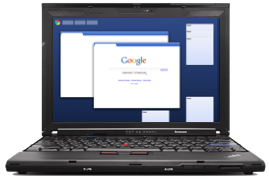 On laptop-sized devices, full screen mode is not suitable for most web pages. At this point we would re-introduce multiple windows on screen, using either overlapping or tiling windowing systems. Panels would now be able to dock to edges or float freely on the screen. 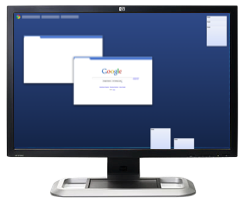 The desktop UI is similar to the laptop UI, but benefits more from freely positioned windows and access points near the cursor. Other potential enhancements include magnetic windows/panels that can be moved around with each other to create workspaces. 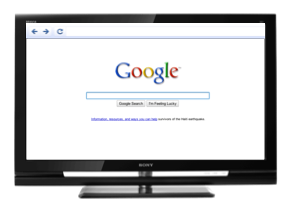 On large displays or projector screens, the design needs are very similar to those of the netbook: full screen content, autohiding chrome, large targets. Complex window management is even less important, and it may be sufficient to have no windows, only zoomable tabs.