This document explains how W3C Web NFC API is implemented in Chromium on both renderer and browser process sides. Future work and implementation challenges are described in “Future work” section of this document.

The implementation of Web NFC in Chromium consists of two main parts:

The NFC module in Blink located at third_party/blink/renderer/modules/nfc/ which contains Blink JS bindings for Web NFC, and the browser side platform level adaptation that is located at services/device/nfc. The Blink NFC module communicates with the browser adaptation through NFC mojo interface defined in nfc.mojom file and implemented by the services/device/nfc module. The browser communicates with the android NFC implementation also through nfc_provider.mojom, in order to get the NFC object associated with which either resumes or suspends NFC operation in case of webpage visibility status change. At the time of writing, only Android platform is supported.

Other platforms provide NFC interfaces and can be supported in the future.

NDEFReader is the primary interface of the Web NFC. The NDEFReader interface has both, write and scan methods:

- The write method is for writing data to an NFC tag. This method returns a promise, which will be resolved when the message is successfully written to an NFC tag, or rejected either when errors happened or process is aborted by setting the AbortSignal in the NDEFWriteOptions.

- The scan method tries to read data from any NFC tag that comes within proximity. Once there is some data found, an NDEFReadingEvent carrying the data is dispatched to the NDEFReader.

At runtime, the latest NFC.push operation is stored in PendingPushOperation object and as soon as the NFC tag appears within close proximity, write operation is performed. Same pattern is applicable for NFC.watch operations. 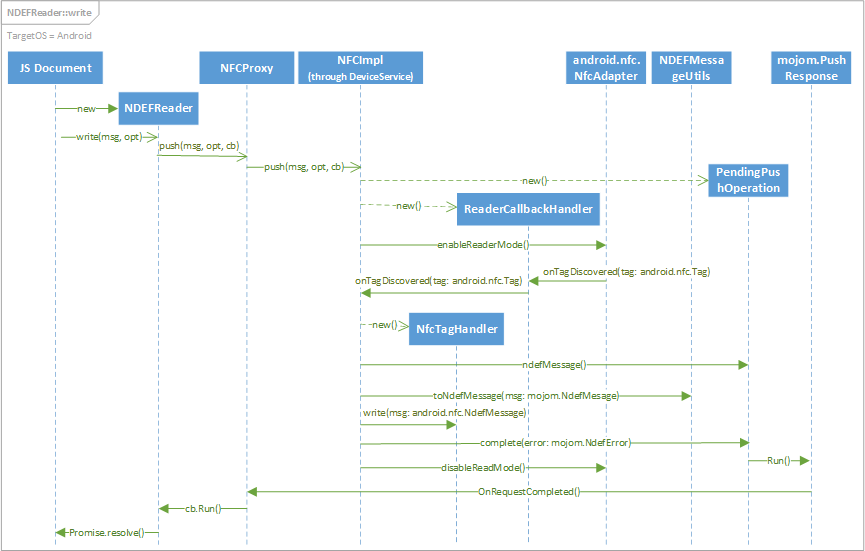 NDEFReader::write() will resolve the promise if there is no error occurred and the message is written to a matched target successfully. In other cases, any errors, or the AbortSignal is set during the process, it will reject the promise. 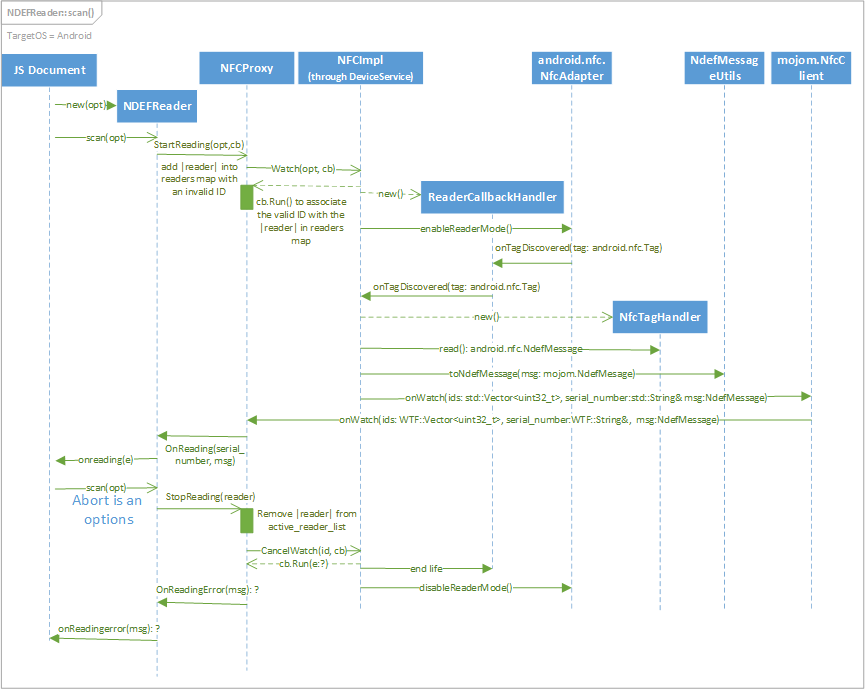 NDEFReader#scan() may trigger NDEFReader#{onreading,onreadingerror}() events during the whole process. NDEFReader::scan() can be called multiple times on the same reader object but there is maximum only one active at any time point.

Please see the UX design for detailed information about the permission model. 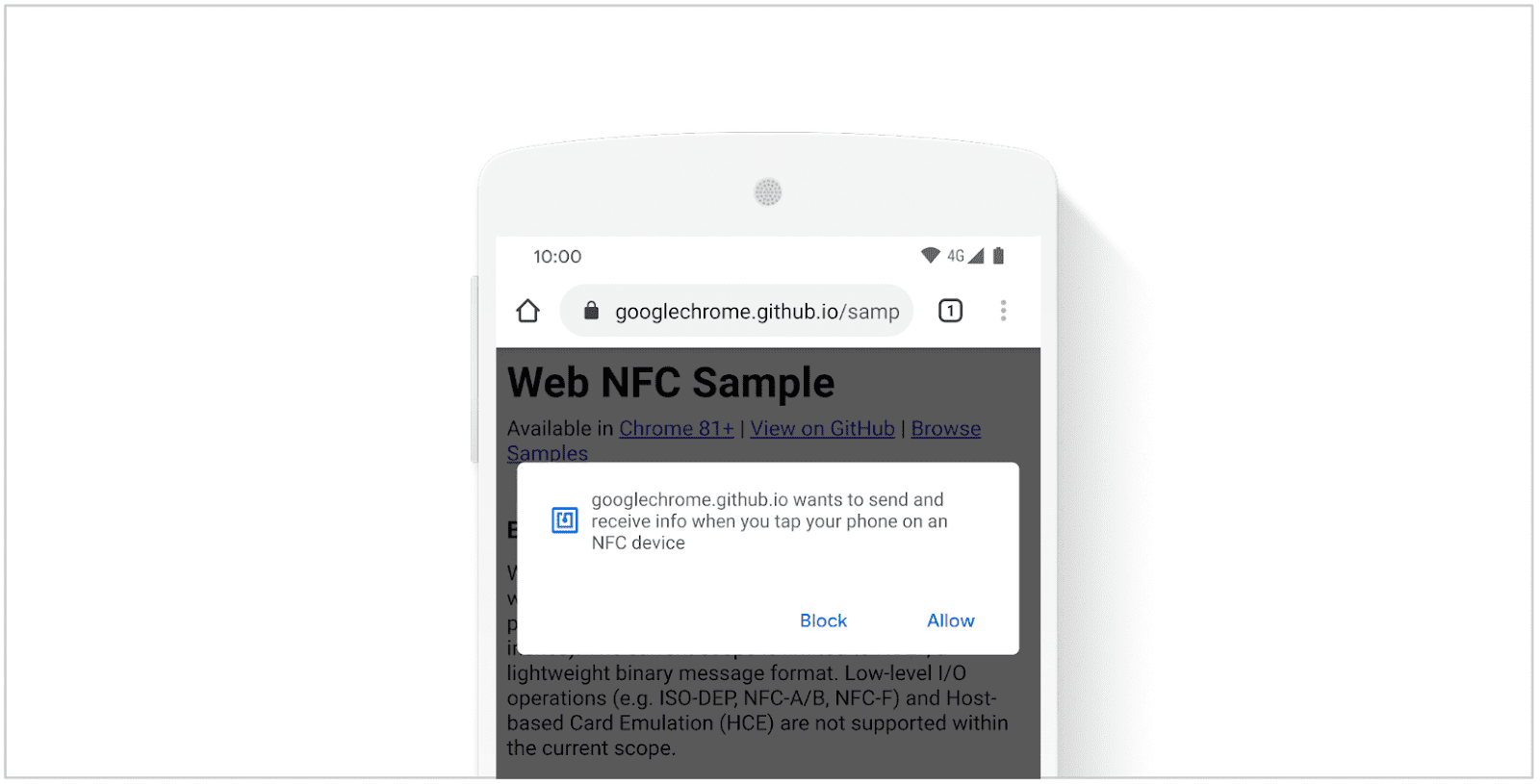