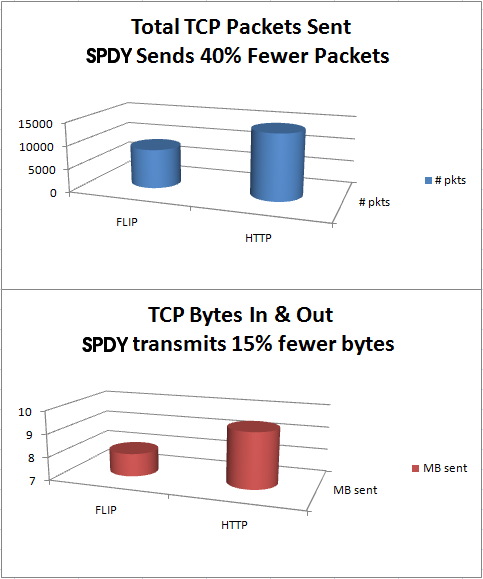 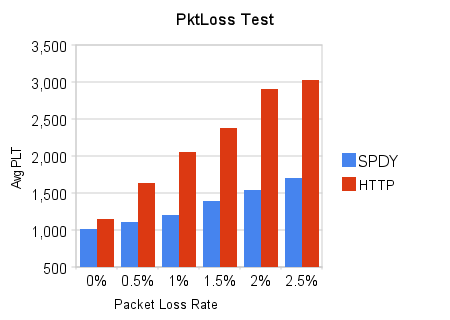 Here is a graph of SPDY and HTTP average page load times as the RTT (round-trip time) varies. RTT can be as low as 5-10ms for high speed networks, or 500ms for some mobile or distant networks. Satellite links, known for their high throughput, still have high latency, and can have RTTs of 150ms or more. Generally, a 20ms RTT is great, 50ms RTT is not too shabby, and a 115ms RTT is about average. 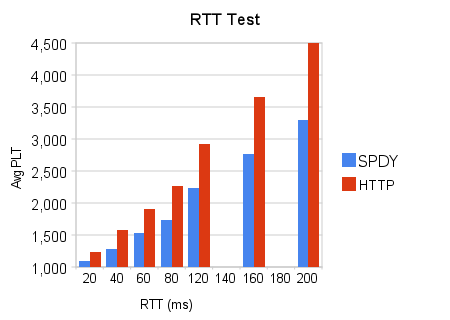