The frame viewer is a feature in Chrome's about:tracing for studying difficult rendering performance problems. 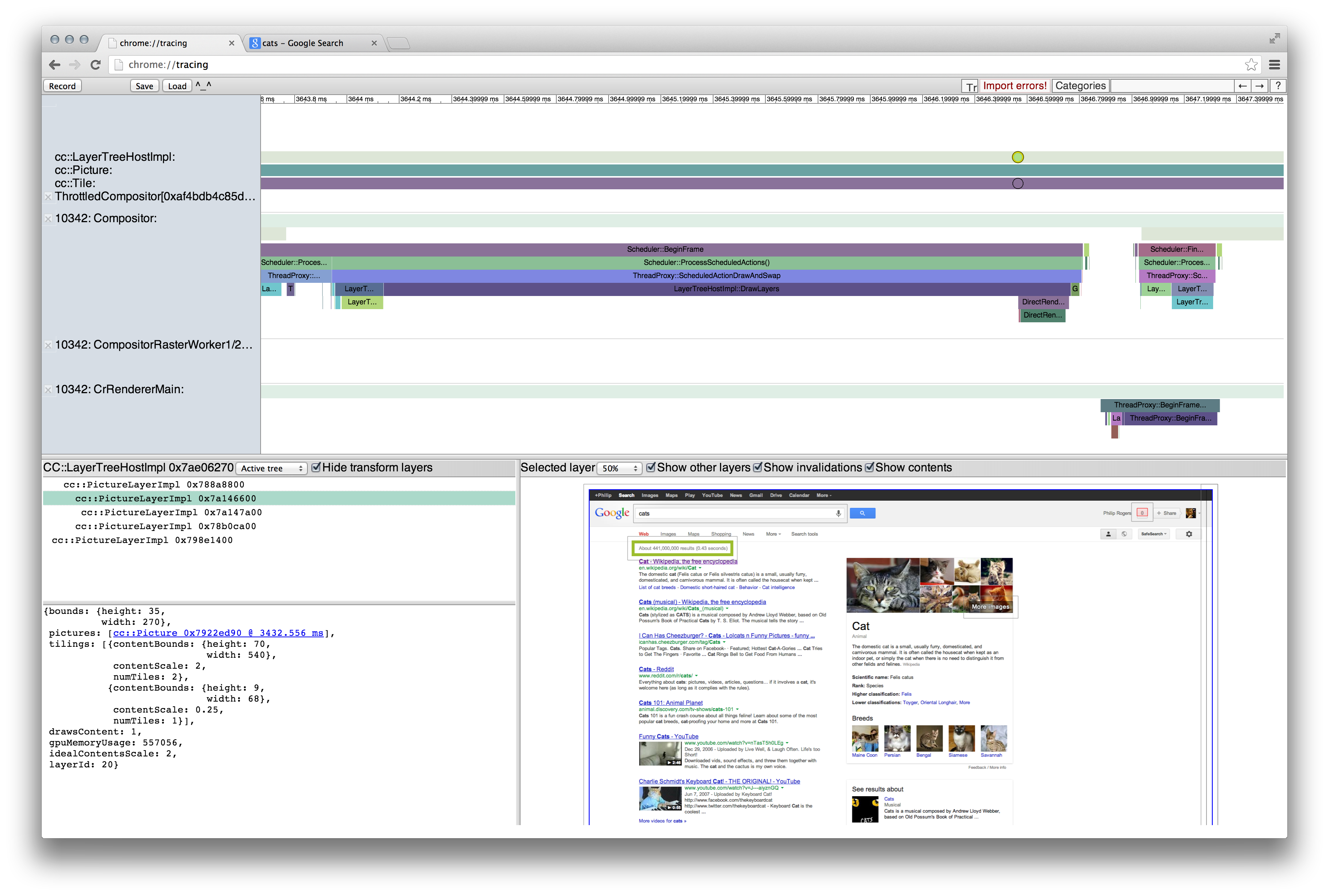 Frame viewer is best used in Chrome Canary, but viewing traces requires that you launch with special flags. On OSX, the appropriate incantation is:

When you have such a build:

You can trace a USB-connected Android device remotely from the chrome://inspect/?tracing#devices URL. Alternatively, there is a command line script in the Chrome repository that provides the same functionality. For example, this command captures a 5 second trace with frame viewer data from the stable version of Chrome on an Android device:

The script downloads the resulting trace file to the current directory. You can view it by opening Chrome on your desktop, going to about:tracing and clicking on "Load". The chrome you load it into must be a similar version of chrome (within ~2 major versions) of your Android build for it to load properly. The viewing browser must have the --enable-skia-benchmarking flag set to see the frame images.

For details on how it works, see the design doc. For more information, you can join/read the trace-viewer mailing list, or review the code, which is located inside https://code.google.com/p/trace-viewer/.